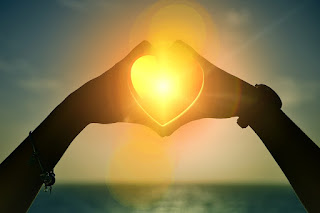 Did you know more pets go missing over the July 4th holiday than at any other time of year? Independence Day is my least favorite holiday because so many animals are traumatized by its loud pyrotechnics and fireworks displays. While it may be fun for some humans, it scares and disorients pets in a matter of seconds, causing them to  meltdown in complete terror, with many trying to flee f rom the safety of their homes only to go missing.  Why? Animals become anxious and scared when they hear loud noises and see bright flashing lights. Their instincts tell them to run as fast and far away as possible to escape the source of their fear and anxiety. Throughout the Independence Day weekend, your pets will hear noises you might not be aware of because of their sensitive ears and nervous systems. Once an animal becomes frantic, it's difficult for them to calm down. Therefore, it's better to prevent your pets from becoming distressed in the first place. Once in the "red zon
Read more

It still feels surreal, and a lot like a miracle, that my 15 year old Siamese cat, Elvis, vanished into thin air a few weeks ago, only to return inexplicably 12 days later. One minute he was in the house, and the next minute, Elvis had left the building. This was odd, given that Elvis is an indoor-only cat. The day before he disappeared, Elvis communicated telepathically that he “would be leaving me soon.” I was startled and concerned. Leaving me? What was Elvis talking about? Unfortunately, he didn’t elaborate. Elvis I wasn’t sensing that Elvis was ready to transition, although he hadn’t been feeling well recently, due to a spate of vomiting up hairballs. In an ongoing effort to keep the formation of hairballs to a minimum, I brush his beautiful, medium dense coat daily. In all other aspects of his health, he seemed fine. I told Elvis he was going to be fine, kissed his adorable face, and went on with my day, pushing his cryptic message out of my mind. The next mor
Read more

9 Ways to Cope with Pet Loss

Saying "good-bye" to a beloved animal companion is life-altering.  Mourning the loss of the pet can be devastating and overwhelming.   My Beloved Kobe Bear (Now In Spirit) In the past couple of months, my dog Bodhi Bear and I have said "goodbye" to our two dear dog friends that we  affectionately refer to as our DFFs or "Dog Friend Furever." MacGuyver the Puggle left in June. A couple of weeks ago, Sabrina Renee the Golden Retriever also transitioned home to Spirit. Needless to say, we miss our DFFs a lot. MacGuyver the Puggle (Now In Spirit) One reason why we grieve so deeply for our pets is the unconditional love and acceptance we share with them.  It's essential to deal with the pain and sadness because avoiding the grief can be far more debilitating. Not dealing with your grief can prolong your suffering.   If you didn't love your pet so much, you wouldn't grieve so deeply. In other words, the intensity of your
Read more