Animals want you to trust your intuiton

Do you trust your intuition?
You should. 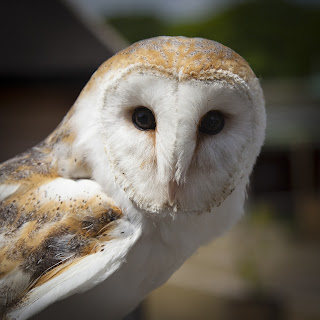 As the pandemic wears on with no end in sight, we need to trust our gut and inner voice now more than ever to keep us safe.  I'm depending on my intuitive senses to help me navigate the new normals that don't feel normal at all.
Animals are wise teachers and guides on how to respond to imminent danger. Animals rarely hesitate to react to the energy around them because they know the best way to keep safe is to always listen to their instincts.
Cats are great examples of how to stay present in the moment. If they feel specific energy is a threat, they quickly move away from it.
As I like to say, "Humans are inclined to run towards danger while non-human animals tend to run away from it."
All animals, including humans, are born with instincts that guide us in how to respond at any given moment. Gut instincts, inner knowing, hunches, or "spidey senses" are our internal guidance system that alerts us when there is imminent danger.
As adults, it can be challenging to trust our intuition because we are taught that logic and reason are more important than feelings and gut hunches. Children and animals tend to be more in touch with their instincts because they don't know any different. Therefore, we have to consciously work at reclaiming our ability to recognize and react to our "spidey senses."
Recognizing your intuition is about listening and trusting yourself at a deep spiritual level. Thankfully, animals continue to show us how to connect, trust and listen to our gut.
Two great ways to develop your intuitive awareness is by practicing Animal Reiki and Animal Communication. When you quiet your mental chatter and worry, communicating telepathically and offering Reiki gives you direct access to your intuition.
When you practice Animal Reiki and Animal Communication, you naturally connect with your intuitive self.  The good news is, once you recognize your "spidey senses," the easier it is to listen and respond to its wisdom and guidance.
I hope you and your animal family continue to stay safe and above all, trust your intuition.
Posted by Animal Musings at 2:52 PM No comments:

Spiritual and Holistic Explorers Support You and Your Pets During Pandemic

The Council of Spiritual and Holistic Explorers met on March 31, 2020, as we entered the third week of the Shelter-At-Home Health directive and practicing physical distancing due to the COVID-19 pandemic.

I was honored to be a part of this diverse group of healing practitioners, which has over 250 years of combined experience helping animals and people.

The Council's goal is to offer you and your animal family support, insight, and be a source of strength during these uncertain and challenging times.

Although we are physically separated, the Council connected virtually to share love, light, heart connection, inspiration, and grounding.

This video includes practical support and guidance for you and your animals about:

Posted by Animal Musings at 10:23 AM No comments:

Heart Hugs Help You and Your Pet

Strengthening your heart connection will help you and your pets through these challenging times. 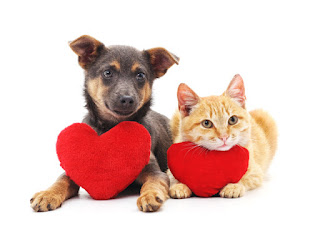 TTouch Heart Hugs are an easy way to connect your heart with your animal family.

One of the challenges we are experiencing to stem the tide of the pandemic is practicing physical and distancing to protect ourselves and our loved ones. It's hard being isolated. Thank goodness we don't have social distancing with our animal families.

Animals feel an excellent way to cope with social distancing is to be in your heart center. One way to access your heart chakra is to give yourself and animal a TTouch Heart Hug. Created by Linda Tellington-Jones, TTouch is a system of gentle circular touches that activate the body's potential at a cellular level.

Heart hugs are an excellent way to say to yourself, "I love you."

How to do a TTouch Heart Hug:

Step 1: First, notice how you feel physically, mentally, emotionally, and spiritually in this present moment before you give yourself or animal a heart hug.

Step 2: Place your hand over the other with palms face down on your heart center, located in the middle of your chest. 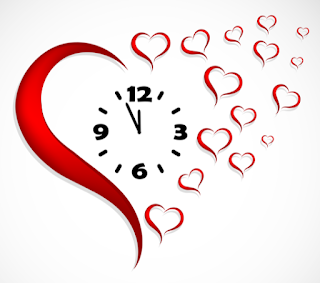 Step 4: Begin your circle with your hands at twelve o'clock, then gently move your hands over your heart chakra, creating a full circle plus add an additional quarter turn. It doesn't matter which direction you do your Heart Hugs; just go in the direction which feels best to you, whether it's clockwise or counterclockwise.

Step 5: Pause your hands over your heart center and take a couple of deep breaths before starting another circle. Offer yourself and your animal as many heart hugs as you need.

5 COVID-19 Survival Tips for You and Your Pet

Together, We Will Get Through The Covid-19 Pandemic.

Posted by Animal Musings at 10:30 AM No comments:

I recently met with seven-year-old littermates, Luigi and Pierre. Their parents, Donna and Ned, wanted to better understand their dogs' behavior and health, so they scheduled an in-person Animal Communication and Reiki session.


My husband, dog, and I met Cathy at an art event awhile ago. She read my dog right there and figured out that he did not like going to the dog park at all. She later remotely read Pierre and told me why he would run away when I coughed or cleared my throat.

When my veterianarian and I were confused about how to care for my other dog, Luigi, I decided to hire the “Animal Muse” for a full reading and an Animal Reiki session.

We first talked with Luigi because Donna and Ned were concerned about his health and overall wellbeing. When I asked Luigi how he was feeling, he showed me pain in his front right leg and trouble walking. It felt like arthritis. Donna confirmed he suffered from arthritis and has mobility issues because he was born with that leg turned out. He also has problems with his spine.

Luigi also shared that he has stomach issues that are related to his severe food and environmental allergies. It turns out the dogs are vegan because Luigi is allergic to meat-based protein. I asked the dogs about their diet. They said they liked their food but especially enjoyed their treats and the human food they received.

Donna promised to share Luigi's insight with their veterinarian in hopes they can find ways to help him with his allergies and mobility challenges.**

Donna and Ned inquired about their dogs' incessant barking at the front door and in the backyard. They wanted to know how they could stop this unwanted behavior. Luigi and Pierre explained that from the time they were puppies, they always rushed the front door barking. It turns out no one taught the dogs what to do when people visit.

After talking with the boys, I suggested they be taught to stay on mats near the front when visitors arrived. I assured Donna and Ned their dogs were quick learners, and with patience and consistency, everyone would learn the new front door ritual.

The backyard was another issue because there's a walking path next to their yard. People, dogs, and wildlife are constantly walking by. Pierre and Luigi said it's their job keeping their yard safe and letting their people know when there was any movement back there.

We turned our conversation to Pierre, who feels Luigi gets most of the attention. Pierre said he understood that Luigi had health issues, but wanted to remind his people that he deserves more attention because in Pierre's words, "I'm perfect!"

Donna and Ned promised Pierre they would spend more time with him. They also promised to spend time with Pierre without Luigi.

Once we were done talking with the dogs, we shifted to doing Reiki, which is a separate service from Animal Communication.

As soon as I began sharing Reiki with the Corgis, they got onto the couch with me. Luigi is quite aloof and doesn't like to be touched, so it filled my heart when he laid his head in my lap during the Reiki session.

Both dogs went into deep relaxation and felt more relaxed and calmer after their treatment.

Donna shared her experience after their Animal Communication and Reiki session:


Both dogs were so drawn to Cathy during the Reiki healing that they proceeded to lay their bodies on her. The reading and the Reiki treatment were worth every penny!

In the few days since the reading and receiving Reiki, we are all communicating better. Luigi and Pierre bark less, seem happier and we all have a more loving relationship.

Animal Communication and Reiki help animals feel more peaceful and balanced. It also empowers them, which strengthens their bond with their people.

**Please note that I'm not a veterinarian. I do not treat or diagnosis anything. I work in partnership with vets. It's the veterinarians' job to treat and diagnose illness and disease in your pets.

Posted by Animal Musings at 3:42 PM No comments: 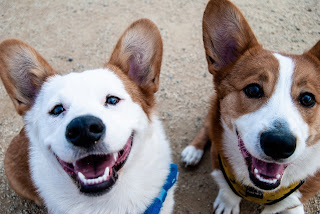 When traveling, I often suggest my human clients take a surrogate pet to help them feel connected to their animal family. Using a surrogate pet can bring you and your animals' comfort despite being physically apart.

Before Roz left on a 3-week cruise in South America, we spoke with her two dogs, Beau and Austen during an Animal Communication session to prepare them.

During our conversation, I communicated to the dogs that their moms would be gone for three weeks and reassured them that they would return. I also suggested to Roz that she bring along a stuffed animal to act as a surrogate for her pets.

Roz loved the idea and found Mr. Fuddle-Wuddle while on her cruise.

When Roz returned home, she shared the following:


I asked Cathy, the Animal Muse to help me prepare my dogs for being left at home while I traveled on a three-week vacation. She communicated reassurance to my dogs and suggested that I take a stuffed dog to be a surrogate for my two boys. Cathy told me it would keep me company and my dogs would feel it when I looked at it and thought of them.

I acquired a small, stuffed animal that traveled with me. It must have worked because I came home to two happy and well-adjusted dogs. Thanks to Cathy, the Animal Muse.

Posted by Animal Musings at 4:34 PM No comments:

Valentine's Day is about celebrating love and relationships, including with your animal family. When it comes to unconditional love, no one loves you better than your heart animals.

Here are 5 powerful ways to tell your animal you love them:
Your animal family will appreciate and thank you for giving them a voice in your relationship.
Posted by Animal Musings at 3:38 PM No comments: